The Health Effects of Homosexuality 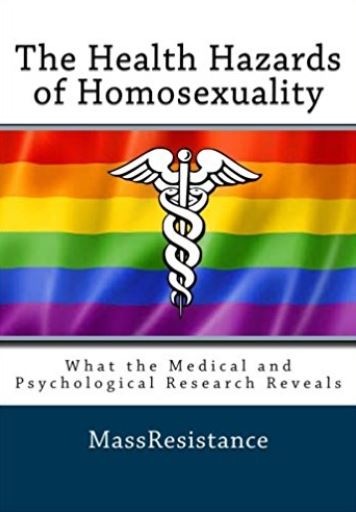 Peter LaBarbera at Americans for Truth about Homosexuality challenged his readers to read the book pictured above.  I took him up on the challenge.

I wrote about taking up the challenge on my New Google Sites platform a couple weeks ago.

This morning I read the following quote by Robert R. Reilly from the book.

A great deal of human ingenuity has gone into finding other uses for sex that go directly against its unitive and generative nature.  Those who misuse its powers are saying, in effect:  We will take the pleasure, but not the thing toward which the pleasure is directed.  It is like divorcing nutrition from the pleasure of eating — to the point of getting sick from it … In this sense, it becomes unreal, just as pornography is unreal.  Pleasure becomes a form of alienation, instead of integration.  Sex is a language of the body.  Every act of coition presupposes the commitment within which it must take place in order to be real … And when the commitment is not there, it is ineluctably felt as a betrayal, as a lie with the body.  It is followed by emptiness, by alienation.

Paul the Apostle observes in his letter to the Romans that our failure to worship God leads to deep confusion and sexual consequences.  The craziness can go way over the top.

Julio Severo just published a column about  a group of “Anti-baby Vegans.”  You need to click through to believe it.