Dale is fighting to ensure a bright future for our children and grandchildren by restoring our economy and safeguarding conservative values that make America great.  Are you on Board? — From Dale Crafts Website

Is Dale Crafts a Loser?

The nicer than Jesus moment in the West has been Trumped.  Hopefully, it is gone forever.  House Representative Dale Crafts is a poster boy for this religious sensibility that is best characterized by the Pharisees and Sadducees.  Jesus condemned them for abusing their power.  The wheelchair-bound evangelical Christian Crafts has served in the Maine Legislature for many years. 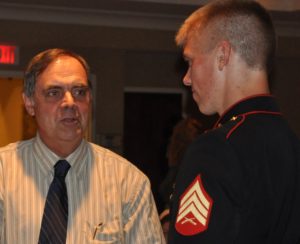 He votes right.  But he has carefully cultured an allergy to political brawling.  And the evanjellyfish pastors of Maine are only too happy to go along with his capitulation.  They replaced me with a choir director.  I had worn out a spot on their comfy new sanctuary carpet with my relentless brawling with the sodomite Left in Maine.  Crafts is one of those kind of evanjellyfish Christians.

He bested a pro life wanna be woman and the gun toting pot smoking libertarian carpet bagger to win the Republican primary.  Then he took the summer off emerging into the political sunshine after Labor Day with no money in the bank.  He must have practiced in Conley’s choir all summer.  Meanwhile, I’m told that the baby-killing Golden boy has a couple million in the bank.

It might not be too late for Crafts to make things right.  He’ll need to take off the muzzle though.  He just did one of those silly big post card mailers that is pretty good.  He’s finally getting on the Trump train.  He should have been riding that one from the beginning.  Trump’s the only man left standing in the republicrat party.  The mailer was destroyed by the big image on the front of the card.  It features Crafts proudly wearing a muzzle on his face.  That ruined it for me.

Crafts will lose if he remains muzzled for the rest of October.  His only hope of winning rests in firing his campaign staff yesterday.  He must hire Paul Madore and do everything he says.  Madore is the only Maine Republican I know who has testicles.  If I were Paul I wouldn’t do it.  There isn’t enough time.  Crafts has pretty much single handedly destroyed his chance of riding Trump’s coattails to victory in November.  He needs at least a million in the bank right now to have a chance against Golden.

Money isn’t a problem in politics these days, so maybe that weakness can be fixed.  I don’t know.  I’m not an insider enough to know.  But it takes money to fight.  And Crafts doesn’t have any. 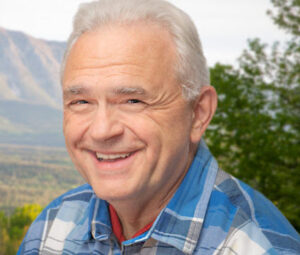 It’s a shame.  Maine’s second district is a safe one for conservative republicrats.  Golden stole it from Poliquin with that stupid ranked choice voting in the last election.

God helps those who help themselves.  America is under His judgment for all the innocent blood we’ve spilled, and all the lives we’ve destroyed by encouraging sexual decadence.  Crafts can energize second district voters.  He can help himself by quoting the Bible a lot.  People are looking for hope.  There’s no better place to find it than in the Christian scriptures.

But he needs to quote the verses that condemn evil — especially sexual sin.  He won’t do that because then the Bangor Daily News and the Portland Press Herald will say mean things about him.  And he’s convinced that he can win if he simply rolls around in his wheelchair smiling and loving people.

God save U.S. from the soccer moms.