Just as they did not think it worthwhile to retain the knowledge of God, so God gave them over to a depraved mind, so that they do what ought not to be done. — Romans 1:28

It is so obvious to me that we Americans, especially “christian” Americans, have a depraved mind.  The feminist nicer than Jesus movement has chased all the testosterone out of everything.  We are drowning in estrogen.

When I started my Christian professional career being paid to resist sodomy by calling it “sexual orientation” it was bad.  It is worse now.  We have fine tuned our womanish instinct to excuse sexual sin for the sake of holding onto a job.  We avoid the subject instantly and instinctively to maintain peace in the family, neighborhood and church. 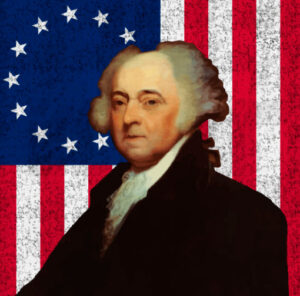 God isn’t any part of this.  He hates it when you say, “But they shouldn’t be fired simply because they are ‘gay!'”  You risk hell fire with that attitude toward sodomy.  Jesus said of you, if you think this way, “Then I will tell them plainly, ‘I never knew you.  Away from me, you evildoers!'”  Drop down on your knees this instant and beg for his forgiveness if you have ever thought along these lines.  You’ve believed a lie about Jesus.  You’ve misinterpreted his admonition to love your enemies.  You can’t love enemies if you don’t have any.  Wake up before it is too late for you and your family!

It’s probably too late for our nation.  We’ve become arrogant in our super power status.  Democracy isn’t divine.  Making the world safe for democracy and sodomy will never be a formula for empire.  America is demon possessed.  We’ve built the world’s most powerful empire by pretending that we love everyone in the world at the point of a nuclear missile.  We actually think that we can bring peace in the Middle East.  Those folks have been feuding since the beginning of recorded history.  America emerged onto the global stage just over a century ago.  Hello?!

You’re being played.  There is no such thing as separation of church and state.  There is only a right way to do church and state, and a wrong way.  We’ve got it WAY wrong right now.  We were doing alright when we knew that individual citizens would have to choose Christian theology and philosophy as the intellectual and spiritual lodestar for their lives.  The divided constitutionally defined government started by revolution in 1776 would be dependent on a moral and responsible citizenry.  Failing to nurture that would prove our undoing.

America is dying.  It has no soul.

America’s second president observed, “Our constitution was made only for a moral and religious people.  It is wholly inadequate to the government of any other.”  America is the most Protestant nation on the planet.  Protestantism is characterized now by the reality of tens of thousands of denominations.  The ones that seem to be doing the best in terms of numbers are built on celebrity personalities like John MacArthur and Joel Osteen.  I don’t know what denomination governs these men.  And they don’t want you to know.

Megachurches started dropping denominational labels decades ago.  They fluffed up their names to keep hollywood-addicted Americans dropping a buck or two in the offering plate.  The most relevant “churches” are now nothing more than a hybrid of a movie theater and rock concert hall.  Men abandoned Christianity decades ago.  They’ve been drifting away from Church since before I was born.

But they are still out there maintaining our roads and building our skyscrapers.  Trump understands them instinctively.  And they are, for the most part, completely disinterested in anything christian.  I don’t blame them.  For many decades now Christianity has offered NOTHING into which they can sink their masculine teeth.  War is manly.  It is a time for war.  It is time for a holy war.

I am praying that politics can awaken enough men and women that we can avoid twentieth century style bloodshed in the tens of millions.  If Trump’s pointed and personal rhetoric fails U.S. then God only knows what comes next.  If history is any guide then it could be the extinction of America.  God knows we deserve it having spilled the blood of tens of millions of innocent babies IN THE WOMB … of all places.

But I still have a feeling that we are winning.  We will learn more about the resilience of the American experiment in the next month than we have learned about it in the past four hundred years.

The silent majority may be learning how to tweet.