Part Six of The Battle to Save Marriage 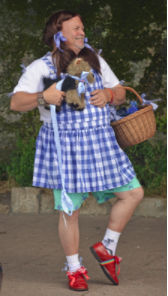 Despite our victory in the referendum repealing same sex marriage in 2009, that year marked the complete collapse of all resistance to the homosexual rights movement in Maine.

The last of Mike Heath’s administration was removed from the League in the wake of a hearing by The Maine Human Rights Commission which sought to add transgendered rights to the Maine Human Rights Act of 2005. Under the proposed guidelines, schools would be required to allow a boy to use the girls’ bathrooms and locker rooms.

One day in the winter of 2009, shortly after the repeal of the same sex marriage law, Mike Hein burst into my office holding a copy of the Kennebec Journal. In great excitement, he pointed to an article about the Maine Human Rights Commission’s proposed educational guidelines.

After strategizing, we filed a Maine Freedom of Access Act request on the MHRC, a tactic which had proven successful in obtaining the suppressed photos of Governor Baldacci’s visit to Cuba. What we obtained from the MHRC was beyond shocking. The documents clearly and explicitly stated the Commission’s intent to enact the proposed guidelines by guile and deception. The Commission would first market the guidelines as “recommendations” to gain the favor of the public; and then, no matter what the outcome, the MHRC would promulgate the recommendations as law.

The documents also showed that the most prominent homosexual rights activists in the state were given a line-by-line review of the proposed guidelines, and that the guidelines were opposed by the professional and educational associations of Maine.

Hein posted these revelations on the website of the Christian Civic League, and then issued a press release calling on the public to attend the Commission’s hearing on the guidelines. Realizing there would be strenuous opposition from the public, the League arranged for a press conference to be held on the same floor and at the same time as the hearing, in order to outflank the Commission.

It was a masterpiece of strategy in which a small force surrounds and defeats a large army. The room next to the MHRC hearing in the Senator Inn was already booked, so we rented a smaller room on a lower floor.

Steve Martin and Jack McCarthy, who at the time hosted the Aroostook Watchmen show on WBCQ, made the six-hour trek from Aroostook County. Paul Madore came in from Lewiston, and stalwart Pat Truman – always ready and ever faithful — came from nearby Hallowell. Madore, Martin, Pat Truman, Reverend Bob Celeste, and independent Congressional candidate Alan Lowberg all made statements to the press during the press conference.

Shortly after the hearing got underway, the fireworks erupted. At the back of the room stood gubernatorial candidate Paul LePage. Behind LePage was a row of men dressed in women’s clothing, looking much more prim, better coiffed, and more well-accoutered than the women in the audience. The line of overly-tall transvestites stretched across the back of the room and poured out into the hall, where the cross-dressing men giggled as they entered the ladies room, one after the other.

As the committee members started to discuss how to proceed with the guidelines, the anger of the crowd boiled over. Reverend Bob Celeste stood up and complained that the hearing was run by bureaucrats, and was closed to public comment. Jack McCarthy spoke from the floor, commenting on the complete nonsensicality of the guidelines. Police moved through the crowd, instructing the angry citizens to be quiet; and the hearing quickly threatened to degenerate into a fiasco.

The blame for the whole affair in no sense rested with the public. The disturbance at the hearing was a natural and appropriate reaction to the absurdity of the proposed guidelines — written as they were by homosexual activists – and presented by state officials with shameless impudence.

After the angry comments from the floor, committee members hurriedly agreed that a decision on the guidelines would be deferred until after a public hearing. Several weeks later, the MHRC shelved the guidelines indefinitely.

Our victory over the transgendered agenda proved fatal to us at the League.  We were not done in by the press, by the homosexual rights movement, or by the liberal establishment. We were done in by our own supporters. Our most ardent opponent was Rev. Bob Emrich, who was at the time, the leader of the Maine Jeremiah Project.

Emrich publicly opposed Hein’s tactics at the hearing, and his comments sparked a heated exchange of emails. The League saw Emrich as the rising star of the pro-family movement, and Hein was called onto the carpet.

Hein was told he could keep his job if he apologized to Emrich, which caused Hein more than a bit of anguish. Hein resolutely refused to do so, and was given a final deadline for the apology. The deadline arrived, and the opportunity to make the apology was withdrawn, with no further discussion by the Executive Director, Carroll Conley.

Shortly thereafter Emrich was made a member of the Board of the League, eventually becoming its Chairman.  Hein continued to refuse Emrich the demanded respect and deference; and one afternoon in August, he was called into the office of Carroll Conley, the Executive Director, and fired.

Thereupon I was also immediately summoned into the office of the Executive Director and advised that I would be fired if I continued to stand with Hein.

All this was the barest window-dressing, of course. The politically-connected Board had deeper motives for dismissing the holdovers from Heath’s days at the League.  Emrich had been the director of the Republican Senate Office at the State House; and prominent board members were high-up functionaries in the Maine Republican Party.

In the end, my severe criticisms of Susan Collins and Olympia Snowe over their support of partial birth abortion, and my many revelations about prominent liberal Republicans in the state — Margaret Chase Smith included – antagonized the new leadership, whose heart was more with the Republican Party than with Christ.

I was exposing the rot at the core of the Republican Party, at the core of the Democratic Party, and at the core of our entire political system, for that matter; and that was my downfall. Others, including the new leadership of the League, traded in and made a pleasant living from that same ideological rot, and I was in the way.

I also knew Conley to be antagonized by my criticisms of Rock & Roll and the urban subculture. He had been the music director at a church which resembled a Broadway sound stage more than a house of worship, and he no doubt took my remarks as a deep personal insult, which I never intended.

I later learned Conley had been lobbying for my removal for months, if not years, in advance of the controversy over the MHRC hearing. The controversy merely provided him a pretext for my long-desired removal. At all times, and especially when he was lobbying for the position of Executive Director, he was careful to present himself before the Board as my good friend and ally.

And so it was that Emrich and Conley came to refer to us as “the problems at the League.” The remarks they made in the aftermath of the fiasco were not always charitable, and were often meant to wound.  I continued to rent a room at the League, and there followed many an angry row with Conley. We were cousins, and we had been squabbling and scrapping since boyhood. Our clash of personalities and the entire sequence of events were carefully arranged and ordained by fate from the very beginning.

After the departure of the last of Heath’s administration, the trajectory of the League spiraled ever downwards towards the liberal doctrine of respect, compassion, and tolerance — a most useful and remunerative doctrine if one seeks to gain the favor of the world.

Had the approach recommended by Emrich and Conley been used in the 2009 fight over transgendered rights, it is very likely that the transgendered guidelines proposed by the MHRC would now be law in Maine. The same approach of tolerance and mutual respect was used in the 2012 campaign, against our strenuous objections, and this led to the loss of the institution of marriage in Maine. That loss was a major factor in the legalization of homosexual marriages nationwide, a fact proudly admitted by the homosexual rights activists themselves.

Part Seven of The Battle to Save Marriage