Doing What They Fear the Most

Part Five of The Battle to Save Marriage 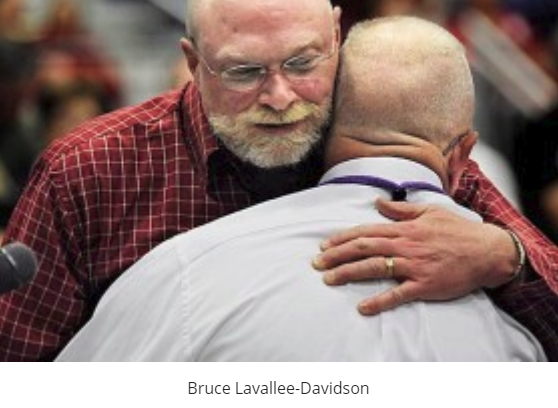 During the years 2004-2009, the League published many editorials, opinion pieces, and speeches in defense of marriage. In our writings, we sought to expose the basic principles on which the homosexual rights movement operated, and to state in the plainest possible terms the goals of the movement. The truth was unpalatable to many, even to those who claimed to be on our own side; but the plain truth resonated with the public.

In 2007, we opposed the introduction of contraceptives at King Middle School in Portland, and the proposed revision of the sex education curriculum at that school. In the course of doing so, we discovered that the revisions were based on recommendations by the organization SECUS, headquartered in New York City.

In each of our battles, we were guided by the principle “Do what your opponent fears most.” And what the homosexual rights movement feared most was that the public would learn the truth.

In the spring of 2009, at the height of the campaign for same sex marriage, we were unexpectedly handed a shocking illustration of this truth; and the story traveled from Maine around the world.

During a hearing on the proposed same-sex “marriage” law held at the Civic Center in Augusta, a homosexual named Bruce LaVallee­-Davidson appeared with his partner “Buck” and made the outrageous claim — while shedding crocodile tears — that he and Buck were “already married in the eyes of God.” What was unknown to the public was that four days earlier, on April 17th, LaVallee­-Davidson had shot and killed an IT technician named Fred Wilson at his home in South Portland. The killing followed a night of drug and alcohol-­fueled debauchery. Bruce­ LaVallee-Davidson’s “spouse,” Buck, was not present, but a third man was.

The killing took place in a room in Fred Wilson’s basement the press later nicknamed “The Dungeon.” I will omit the unimaginably sordid details, which can be gained from other sources, though perhaps those details are best kept in the files of those who treat the criminally insane.

Homosexual rights activists used a videotape of LaVallee­-Davidson’s tearful testimony at the Civic Center to promote same-sex marriage in Maine until it was realized that LaVallee­-Davidson was responsible for the killing, at which point, the tape of Bruce and Buck was hurriedly removed from the Internet.

The night before the killing, Davidson brought a 12-gauge shotgun, a .22 caliber pistol and a .44 caliber handgun to Wilson’s home on Henry Street in South Portland. The three men present consumed alcohol, marijuana, and at least two other drugs during a six­-hour long night of debauchery. Towards morning, LaVallee­-Davidson placed the .44 caliber handgun to Wilson’s head and pulled the trigger twice. The gun fired on the second attempt, killing Wilson instantly. LaVallee­-Davidson covered Wilson’s body with a blanket, disposed of the evidence, and then fled with Wilson’s laptop and cell phone. LaVallee­-Davidson’s motive for removing the laptop and cell phone is still not known.

Mike Heath began an inquiry which led to the disclosure of previously unrevealed facts about the killing. Trips to the South Portland Police Department and the Cumberland County Courthouse in Portland led the League to discover further facts not known to the press.

The League learned that Wilson was an IT specialist for the Harbor Masters Club in Portland, a group dedicated to sadomasochistic practices, and that “The Dungeon” was in fact an audio-visual studio.  The League also learned that Wilson was a contributor to a museum in Chicago devoted to sadomasochism known as “The Leather Archives and Museum.” These revelations and other investigations by the League staff led us to conclude, and to state publicly – well in advance of the mainstream press – that the killing was related to sadomasochistic practices which are an endemic part of the homosexual subculture.

The horror of this story contributed to the repeal of the same sex marriage law in November of 2009.  But it was too much even for our backers at the League. They reacted with disgust and revulsion, and misdirecting their anger at us, speeded up our departure from the League.

Part Six of The Battle to Save Marriage