Part Four of The Battle to Save Marriage 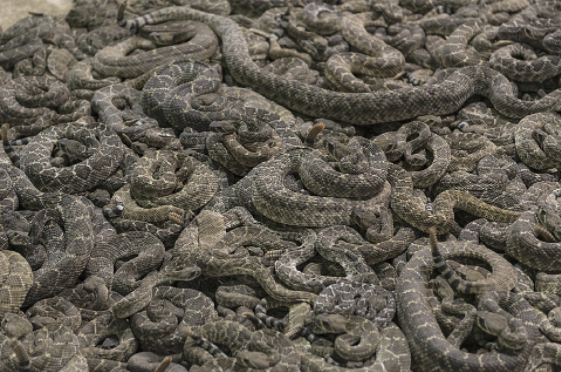 In writing my brief narrative of the Christian Civic League’s battle to save marriage in Maine, I must rely on an incomplete and fallible memory. My story is therefore fragmentary, with many gaps. The documents needed for a complete history of those years are still suppressed by the League. But I will press forward, not without faith in the power of brief chronicles. I offer sketches and impressions; and I will let my friends and my detractors supply the missing information as they will.

As of 2004, when I first saw Augusta and the dome of the State House, I still believed in the good will and the sound judgment of those who make our laws. I did not see that I was crossing the threshold of a political snake pit located at the edge of a moral cesspool.

Behind all the shining buildings lurked the dark forces which connive at our destruction. Those dark forces were well-concealed, and for that reason, all the more lethal.  I quickly learned that in Augusta, the leaders of the homosexual rights movement smiled for the press; and when the cameras stop flashing, they whispered obscenities in Mike Heath’s ear.

After the legalization of civil unions in April 2004, there followed, in the month of May, the rainiest and gloomiest spring on record. Water poured into public buildings damaging public records; and even the beautiful Lithgow Library was flooded.  Storms raged up and down the coast, bringing weather more like winter than spring. If the weather mirrored the mind and soul of our people, it too was clouded over, troubled, and turbulent.

Augusta was at this time, in the words of the League’s new office manager, “home to Maine’s most active abortion mill; home to the state’s most notorious gay bar; and home to Maine’s most notorious lingerie shop.” The Boston Globe and the New York Times reported how women dressed in lingerie stood in the window of a shop in the state capital and touted their wares. Mike Hein organized a demonstration which led to the closing of the lingerie shop.

We continued the League’s message of Temperance. Soon after The RECORD published a story about the danger of extending operating hours at a local bar, a man in his twenties wandered off from that same bar, fell from a bridge that crosses over the Kennebec River, and drowned.

In November of 2005, Mike Heath traveled to Bowdoin College to give “The Vision Place of Souls” speech. Expecting angry opposition, he found instead that many in the audience were strangely moved by a message they had never heard, a message which offered hopeful spiritual realities instead of the materialistic doctrines taught in our schools — doctrines which amount, in essence, to practical atheism.

I must include in my recollections the account of a surprise visit by a rather heavy-set and angry transvestite. Standing six feet in height or more, and dressed in a white outfit, he harangued me about the League’s “antigay” activities; and becoming steadily more agitated, he asked to see Mike Heath. At one point in our conversation he reached for a small white matching handbag, which I thought at the time might contain a handgun. I continued our conversation in a calm manner, and our troubled visitor eventually regained control of his emotions, and the visit passed without further incident.

On one occasion I took a call from someone in California who threatened Mike Heath with death. We reported the incident to the police.

I will omit a detailed discussion of the hacking of the League’s computers by a homosexual rights activist, and his posting of obscenities on our website. I will also omit a discussion of how the sign at the League was vandalized with anti-Christian graffiti, and smeared with blood-red paint. All these incidents were reported in the Christian Civic League RECORD, but are no longer available to the public because our written materials from those years are still impounded by the current leadership.

In the week before Christmas in 2005, the League began its quest for the elusive photographs from Governor John Baldacci’s meeting with Cuban dictator Fidel Castro. The Governor, as had five governors before him, traveled to Cuba ostensibly for trade, but the Baldacci administration was the first to call for an end to the trade embargo with Cuba. Baldacci also met secretly with Venezuelan officials at the Portland International Jetport to arrange a discounted fuel oil deal with that Marxist-led nation.

After filing a Freedom of Information Act request, the League obtained 500 pages of documents related to the Governor’s trip to Cuba, including many photos of his in-person meetings with Fidel Castro. From the many favorable references by state officials about Fidel Castro – among which are many deferential references to “President Castro” – and from the nature of the planning and organization of the trip, I formed the opinion that there existed within the highest levels of government in Augusta what is rightly called a “red cell,” that is, a cabal of dedicated Marxists. To what extent liberal Republicans in Augusta are also “fellow travelers” with the Marxists is a topic for later discussion.

The RECORD was the only media outlet in Maine to publish any of the photos from Havana, with the exception of one column by the late M.D. Harmon, a stalwart friend of the pro-life movement. Harmon went on to die in a gun accident at his home three days after Christmas in 2016; and I cannot believe otherwise than that he fell as a martyr, a victim of the powers of darkness which work steadily and secretly in opposition to our cause.

I must include an account of Jake, the burly German shepherd who always stayed at the side of the office manager who preceded Mike Hein.  Jake would bark loudly as I entered the office each morning; and it was not until I had surreptitiously given him half of a chocolate donut that we became good friends. Jake would follow me up the stairs to the room across from the empty Executive Director’s office, where I would sit in an arm chair, and Jake would patiently plead for more, with one long furry leg wrapped over my knee.

Mike Hein, a former 2nd Lieutenant in the National Guard, and a graduate of Marquette University, was interviewed to take the place of the departing office manager. I made a strong recommendation in his favor, based on the three criteria for any new hire: education in his field of work, actual experience doing the work desired, and aptitude for the job. Mike had strong qualifications in each of these areas, and hiring him was a wise decision.

Many years later, it dawned on me that we, the last of Mike Heath’s administration, were the watchdogs who remained to guard the flock. And the worst of the wolves appeared from within the church, disguised as kind and friendly sheep.

If my memory serves me correctly, Governor John Baldacci spoke at a gay pride rally in Deering Oaks Park in Portland in the summer of 2004. The Governor appeared shortly after a musical introduction by a troupe of belly dancers, all in somewhat poor physical condition, gyrating lasciviously in skimpy Middle Eastern garb. The office manager and the present writer stood in the front row of the audience holding aloft the ecumenical Christian flag, with its red cross emblazoned on a field of white and blue. And as the Governor took the stage, we began to heckle.  Upon reflection, I am convinced we did not heckle him loudly enough.

Part Five of The Battle to Save Marriage